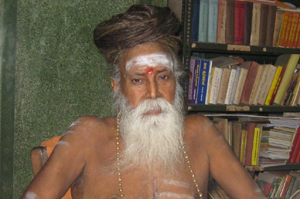 Impelled by an intense desire to receive gnanaupadesam. Brahma worshipped the Lord, Who, giving the former a vilva seed, Commanded him to worship the lord at the place where the seed would sprout with one and half hours from the time of its being sown. Brahma tried the experiment in several places. But it is in this place only that the seed sprouted within the time specified by the Lord. Brahma worshipped him accordingly and received Gnanaupadesam. So this place also called as “Vilvavanam.”.

THE Pinjila known as Jathimullai, which was found coming along with the ganges water in the pot brought by Markandeya became the Sthala plant of this place. This is giving flower perennially. This plant is in front of Dakshanamoorthy. It is called “Pinjilavanam”.

The Asuras and the Devas, Who churned the sea of milk for the divine milk and put the same into a pot and after placing it here they went to take bath. When they tried to take it on their return, they found the same to have changed into a sivalingam percolating into the interior of the patalaoka. So this place came to be known as kadavur. In the long run kadavur came to be spoken of as “Kadaiyur”.

STRUCTURE OF THE TEMPLE

The temple has been constructed with three prakarams besides Madavalagam and Thiruveethees. There is a flower garden inside the temple. The Sannadhi faces the west. There are main towers in the east and the west. As Muneeswarar resides in the eastern tower it is called as Muneeswarar tower, There are mantapas as Thirumaligaipatti mantap, Alankara mantapa, and the Sangu mandapa.

He faces the south. He slew yama to death and saves Markandeya. He appears having a trident and a mazhu in his right hands and the pasa string in one of his left hands. Yama slain by the lords lies at his feet, Markandeys stands just by the side of the lord. Infront of the lord in Thirumaligappatti mandapa opposite stands yama offering his prayer to the lord for his grace. Abishegam for this kalasambharamoorthi is being done on twelve specified occasions every year. He comes in procession to the street only once in a year. There are also the idols of kungilaikalayar. Murugar, Markandeyar and Rathnakaidiswarar in the temple.

There once lived at the foot of the Himalayas a great sage by the name Miruhandu. His wife’s name was Maruthuvathi. Having no issues, they worshipped lord siva for many years and by his while yama put his kalapasa string round markandeya and tried to drag him away from the lord. In the doing so the pasastring was thrown around the siva linga itself. The lord came out of the sivalingam and instantly slain yama and blessed markandeya with a boon of ever remaining a youth of sixteen. From that time forward, as prayed for by the markendeya this Moorthy blesses all his devotees. On account of yama,s demise. the population of the world grows up by leaps and pounds to an inordinate extent there being no death, goddess earth complained to lord brought back yama to life abd ordered him not to approach his desvotees. Yama slain by the lord lies at his feet. At the feet of kalasamharamoorthy there is also image of Gundothara who according to puranic accounts dragged and threw away from the temple the dead body of yama. The imposing image of the lord with those of yama, Gundothara,and Markandeya deposits the puranic account. So aged people worship at this sannadhi and perform what is called as “Mirthiyancha Homan” even today, for long life and to be freefrom death panges.

For the past 50 years Ganesh Gurukkal and his family has been involved in the service of Shri Abirami Amman sametha Amirthakadesa Swami temple in Thirukkadaiyur.So far he has done Shastiyaptha Poorthi and Sathabhishegam for many important personalities.He has done Aush Homam for our honouable Chief Minster of Tamilnadu Miss.J.Jayalaitha.He has done marriage for present ministers,former ministers,Advocates,Doctors,Music directers,Actors,Actresess and many other important personalities.

"Thirukadaiyur60marriage as a wedding planner works closely with you and your family to weave a perfect dream."

We have organized numerous such events, Weddings and parties. We also provide services to suit your taste, style, budget & requirements. We understand local needs and answer them with good quality and choice.

We work by heart to help each other to overcome challenges and provide our clients with Professional, Efficient and Courteous service. We believe that Good Business Relationships are forced from Gracious, Honest, Reliable Service and we are proud of the partnerships we have created over the years. This dream would not have realized without our dear customers, whose love & support have been our pillars of strength, and our inspiration to reach greater heights.

Why Clients Choose Us

We are not mediators but the actual service providers with highly efficient purohits of 25 years of service.

We are committed to provide clients with the best value and service.

We work closely with you and your family to weave a perfect dream.

We also provide services to suit your taste, style, budget & requirements. We understand local needs and answer them with good quality and choice. 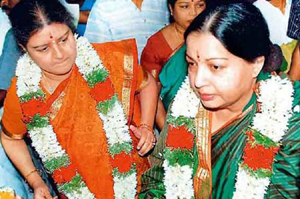 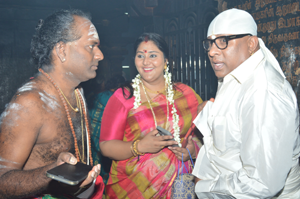 We are happy to chose Thirukadaiyur 60 marriage as the wedding planner for our parents 60 th wedding in Thirukadaiyur. We were satisfied with how things went from the planning phase all the way to the execution and wind down.

We had a large number of guests who needed assistance with check-in, event information, and general coordination - they did a great job managing everything smoothly. We appreciate that they seamlessly communicated and coordinated with all our other vendors, including hotel management.